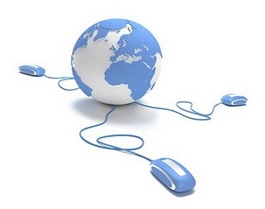 Mission:
Our main function is teaching and learning foreign languages to people who wish to obtain knowledge about other cultures while developing in a cosmopolitan and globalized world. This partnership of teaching and learning is done in clean adequate classrooms, as well as with modern technology by a trained and equipped staff. The staff receives ongoing training to be update as frequently as possible.
This allows us to offer courses like, autonomy, online, or traditional classroom. These options allow learners to choose the form of learning that is best for their needs.

Vision:
Throughout all of our Universities in the state we seek to support an integrative comprehensive education, enabling learners to use and manage foreign and native languages on a competitive level. Also to be prepared for the opportunity to study in a mobility program in a foreign institute. In addition to this, to provide the learner with the linguistic tools in order to increase their opportunities with employment. At the same time instilling responsibility, leadership and respect for other cultures and a reevaluation of their own. 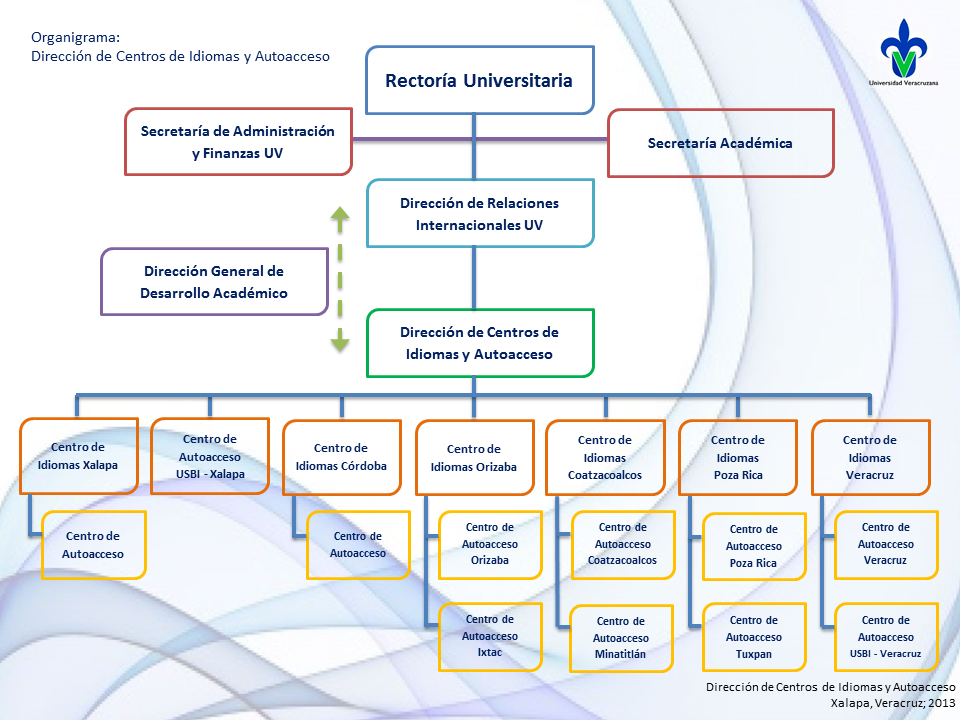 Director of the Language Centers and Self-Access

The director of the language centers and self-access centers is responsible for coordinating the learning system of foreign languages in all Centers both language and self-access.

The requirements to be a Director of the language and self-access centers are the following:

The director of the language centers and self-access centers shall have the following responsibilities;

The Coordinator of language centers and self-access centers

IN CHARGE OF THE SELF-ACCESS CENTER

The requirements to obtain this position are as follows:

The individual in charge of the self-access center is responsible for the following:

ACADEMIC PERSONAL OF THE LANGUAGE CENTER AND SELF-ACCESS

These are the requirements for starting, being promoted, and developing in academic staff.For more information you may consult; General rules for the language centers and self-access.

The main function of the Department of Language Centers, and Self-Access Centers in connection with the Department of International Relations at the Universidad Veracruzana, is teaching foreign and native languages. From the beginning in 1979 courses have been offered in English, French, German and Italian designed for students, staff, professionals in other fields, and anyone who wants to learn another language. Since then we have given priority to English due to the high demand of the language. Close behind are the other languages French, German, and Italian. Over the years, the desire to learn other languages has increased giving us the opportunity to offer other languages depending on the regional demand over the past nine years.
Considering languages as a manifestation of the culture, the Universidad Veracruzana Language Centers were created by the Department of Diffusion and Extension. However, they did not find many areas in common between artistic groups and activities promoted. Thus, in 1993 the language centers became part of the General Coordination extension of the university.

The Directive of Language Centers is located in Xalapa. At one time, the function of this department was unclear and seemed to only manage the language center in Xalapa rather than attending to the needs of all the centers in the state. Despite the merger between the departments there was very little training, development, or impact on teaching being done, which was being brought to the public. Many areas remained the same as before the merger. There was also a labor problem due to wage differences between teachers

A change came about in January 1996 when the Department of Humanity and Academic Area made a decision to begin training teachers and seeking out individuals who had a BA in Language and a good command of the language. Due to the public demand and need for a professionalized staff.

Over a 30-year span, the Language Centers have looked for different forms of teaching and learning within the discipline. This form of constant updating has helped with the advancement of education by using dynamic techniques and strategies while teaching the general public.

In 1999 while under the administration of Dr. Victor Arredonde Ávarez, the New Model for Education (NME) was implemented. This meant that each language center would have a self-access center to help promote autonomy while learning English at a basic level. Initially it was thought that through the first two levels of English a hundred percent of the students in all centers would reach an A1 level. The A1 level is in accordance with the Common European Framework (CEF). It was also believed that once students reached the A1 level they would be motivated to continue learning and be able to function at a B1 level. This would allow the Universidad Veracruzana to be promoted on an international scale. This project was overseen by the Secretary of Education Public (SEP) The British Council in agreement with the SEP.

This academic relationship with the British council continued until 2008 with 12 conventions, specifically made for the academic training of English teachers. Excluding agreements for updating and professionalization signed between British Council and SEP through which our university also benefited. There have been over a thousand hours of training through courses or workshops and seminars. English for Universities (E4U) online learning English for specific purposes in which 32 public universities participate and where the current technology platform exploits the Universidad Veracruzana: During this stage, two new projects were also initiated and EXAVER development Project certification exam of English.

In 1997 a teaching training program began, with a needs analysis assessment on the area of authentic material needed for English Specific Purposes (ESP). Working with the Ministry of Education, and the British Council academic staff from universities and auto access centers were involved in an exchange program with the United Kingdom. In 2002 an agreement for the name of the project was created along with a web site, English for Universities and the site, E4U. This agreement was made between the Secretary of Public Education, Department of Higher Education with Scientific Research, and the British Council, along with 32 public universities in Mexico. This creation would not have been possible without the support of a web site “in2English” created by the BBC and the British Council in China, who so graciously allowed us the use of large amounts of materials produced by the in2English team, and who provided us with necessary advice for the creation of E4U site. The results from the teacher training program, the needs analysis, and the demand in public universities for English in certain areas, four areas of focus were decided upon for E4U. The four areas are as follows; Business, Tourism, English for Language Teaching, and Health Sciences. Since 2006 the Universidad Veracruzana has hosted the web site E4U as a technology platform overseeing the academic needs, formatting, and editing of materials with technical support from the General Directive of Information Technology at our university.

The Exaver project was born in 2000 due to the need for a quality English exam. The Universidad Veracruzanan working with the British Council and University of Cambridge Local Examinations Syndicate (UCLES) decided to develop their own standardized tests on three levels; Exaver 1 (basic), Exaver 2 (intermeditate level), and Exver 3 (upper intermediate level). These levels are from the Common European Framework of References for Languages in Europe.

EXAVER has become a self-financing project in their own academic processes that initially were taken by the British Council or by UCLES. It has reached a stage where international consultancy with that account is based on the scientific validation through the Research Center for Language Assessment at the University of Roehampton, London, England. Product direct relation to educational organizations mentioned is the establishment of a Research Agenda that will allow scientifically relate EXAVER examinations to the Common European Framework of Reference for Languages. The results of this research will give scientific validation to our examinations within and outside our institution.

In order to carry out this project, which was launched in 2000, agreements were made with the British Council. The Universidad Veracruzana worked on 8 different projects which gained financial support from the British Council. Over the years this financial support has declined due to the revenues from the application of the Exaver exams. The Exaver project is increasing in its independence from the British Council. Teachers and staff members throughout the Universidad Veracruzanan are currently working on design, review, edit, and statistic analysis of the exams for its bi-yearly applications.

In addition to these achievements we have mentioned, the Exaver exams are part of the CENNI Project 2007 from the Sep called “Testing and Evaluation Tools Language Recognized by the Sep” this is a working document. The Exaver exams are currently the only Mexican examinations on that list.

In 2008 the Universidad Veracruzana with the Department of Continuing Education, offered a course in Teaching English for teachers working in high school and universities. This course has had a termination rate of 80%. Many of these teachers from the first two generations have gone on to higher levels of learning with development offered online from our programs. The university responds to the needs and development of its universities.

Today, the language center along with auto access centers we have roughly 30,000 students per year. These students are offered standardized course in language. We offer English, French, Italian, German, Japanese, Mandarin, Portuguese, and Náhuatl. Students have a variety of forms to choose from for learning a language. Such as, traditional in classroom, online, or autonomous all of these forms are focused on emphasizing skills of the language being learned. We tried to provide leaners with the skills and abilities to take national or international certified exams. These courses are given by more than 300 teachers whose training and experience is a minimum of undergraduate level. A high percentage of teachers have a mater degree in the field of teaching and the numbers are growing. Some have already begun doctoral studies in the area of foreign language education.