Ecological location of a water source and spatial dynamics of behavior under temporally scheduled water deliveries in a modified open field system: An integrative approach. Frontiers in Psychology, 11, 3477.

It has been reported in non-contingent schedules that the variety of patterns of behavior is affected by the temporal variation of water deliveries. While temporal variation is accomplished by delivering water at fixed or variable times, spatial variation is usually accomplished by varying the number of dispensers and distance among them. Such criteria do not consider the possible ecological relevance of the location of water dispensers. Nevertheless, it is plausible to suppose that the intersection of the programed contingencies (e.g., time-based schedules), the ecological differentiated space (e.g., open vs. closed zones), and the relative location of relevant objects and events (e.g., location of the water source—peripherical vs. center zone) could set up an integrated system with the behavioral patterns of the organism. In the present study, we evaluated the eco-functional relevance of two locations of the dispensers upon behavioral dynamics in Wistar rats using fixed and variable time schedules in a modified open-field system. In Experiment 1, three subjects were exposed to a fixed time 30-s water delivery schedule. In the first condition, the water dispenser was located at the center of the experimental chamber. In the second condition, the water dispenser was located at the center of a wall of the experimental chamber. Each location was present for 20 sessions. In Experiment 2, conditions were the same, but a variable time schedule was used. Routes, distance to the dispenser, recurrence patterns, time spent in zones, entropy, and divergence were analyzed. Our findings suggest a robust differential relevance of the location of the dispensers that should be considered in studies evaluating behavioral dynamics. Results are discussed from an integrative, ecological-parametric framework. 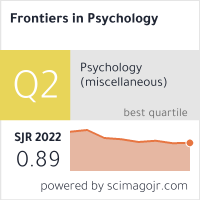